In recent years high quality, intelligent travel writing has proved hard to come by. The genre that produced such greats as Colin Thubron and William Dalrymple has gone into decline, partly due to the current spate of comedy travelogues (“worst toilets of the world”, “how I followed a third-rate Eighties pop star around Europe”), and partly due to the shortsightedness of the editorial teams at various big-name publishers.

Thank Chatwin, then, for Rory MacLean. With six books to his name already, and latest bestseller Magic Bus recently out in paperback, MacLean has proved to be a breath of fresh air in a stifled genre. Under The Dragon was an insightful and often thrilling ride through war-troubled Burma, while Next Exit: Magic Kingdom saw him putting a surprisingly intelligent spin on the holidaymakers’ playgrounds of Florida.

In Magic Bus he retraces the Hippie Trail that marked the beginning of the modern travel industry in the Sixties and Seventies, a six thousand mile trek that now leads through war zones and some of the world’s most chaotic cities. Thankfully he still finds a few tie-dyed hippie leftovers along the trail as he spins his story of enlightenment, exploration and the Grateful Dead.

Mixing travel stories with history, culture and the occasional moment of Eastern spiritualism, it’s an impressive achievement and a fascinating read. I start out by asking Rory what it was that first attracted him to the story of the “Hippie Trail”. Was there a particular impetus that put the idea for the book in his head?

“Only thirty years ago Western travellers breezed through Afghanistan,” Rory explains, already animated by the mention of his subject. “English girls hitchhiked alone across Anatolia with flowers in their hair. Free-spirited teenagers from London and Los Angeles were welcomed as honoured guests in Baghdad. Now a Western passport, once respected, is a liability in many parts of the Middle East. No sane tourist visits Mosul or Kandahar. Visitors to the Hindu Kush often fear for their lives.

“I wanted to find out what went wrong. How did we squander the promise and trust of the Sixties and Seventies? In 2002, following the US invasion of Afghanistan, the classic Asia Overland “hippie” trail was reopened for the first time in a generation. I saw an opportunity not only to capture the spirit and stories of those heady years, and to compare youthful idealism then and now, but to understand why the Sixties cast such long shadows over our own fearful and protective era.”

As in all the best travel literature, he meets a variety of colourful and intriguing characters along the way — perhaps even more than usual, given the ex-hippie communities that he moves through. I was intrigued to know whether hed remained in contact with any of these people, and who had made the biggest impact on his story.

“In Istanbul I met the original Flower Child,” Rory tells me. “In Pakistan I broke bread with a one-time dope-smoking Catholic who converted to Islam and became an imam – because of Bob Dylan. In Rishikesh I met the Beatles’ doctor. But I’ve become friends with a sentimental Englishman named Rudy, a former bus driver who “followed that long line of loonies” from London to India over thirty times in the late Sixties and early Seventies.

“I never tire of hearing his amazing travel stories. Outside Victoria Coach Station he’d collect “girls in beads, guys with battered twelve-string guitars, Essex shop assistants, Welsh council workers, all of them… looking for an Adventure.” He’d drive them first to Amsterdam. In Dam Square he would open his old Bedford bus door and shout out, “Anyone for India?”. And people would get on! And off they’d go to India, levitating over border crossings because of the amount of dope he passed around.”

I’d heard that since the hardback publication of Magic Bus literally hundreds of veteran “intrepids” had come out of the woodwork, and that Rory was now involved in recreating those communities of the Sixties and Seventies with modern internet technology. How on earth had that come about?

“When Magic Bus was published, and the first reviews appeared in the press, something unexpected happened,” he tells me. “Trail “veterans” started writing to me by the dozen. They’d headed east in the Sixties or Seventies and, motivated by reading the book, they embarked on a new trek, up the stairs to the attic to unearth old boxes and dusty journals. Within a couple of months I’d been sent over 500 photographs, and enough new material to write the book all over again.

“With their permission I started relaying those stories, along with those I’d already collected, in articles and talks. I even built the magicbus.info website and Flickr blog page to create a meeting place for this community of travellers. As a result the letters and emails multiplied again: Australian grannies recognised their earlier selves in old snapshots (“It is weird to see a photo you didn”t know existed, in the newspaper, out of the blue 31 years later”); New Age travellers shared their experiences with “veterans”; one American Intrepid even asked me if I could help him to find his old flame!” 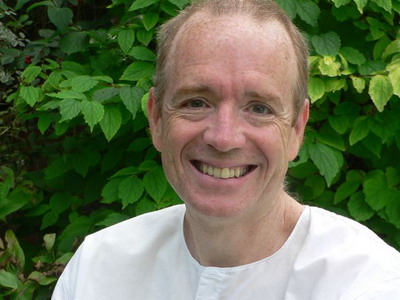 Researching Magic Bus wasn’t all beads and incense, though. Many of the areas that the original trail wound through have undergone political upheavals since then, and several are considered to be no-go areas for Westerners. Had he felt threatened at all during his journey?

“I was frightened in Afghanistan,” Rory admits, quite reasonably, “not least because every other adult male seems to carry a Kalashnikov. The country has become much more dangerous since my visit. These days I consider it totally off-limits to travellers.” With six books now under his belt, including several Top Ten hits, Rory has become one of the most recognisable names in modern travel writing. I ask him what it is that makes a travel book great. “A book or story that is written from the heart,” is his succinct answer. “As a reader I want to know how a journey affected the writer, what he or she learnt through the trip, and how he or she was changed by the experience.”

So is there anything that he has to take with him every time he travels – a lucky charm perhaps? Or is it more likely to be a penknife and compass?

“Books!” he replies, cementing his credentials as one of our more literary travellers. “The preparation for a journey and new travel book requires months of reading, which I never get through in time. My most important possession along the Asia Overland trail was my dog-eared copy of On The Road. Kerouac’s restless, seminal work blended fiction and autobiography to define the “Beat” and then the hippie-generation. Its influence in propelling countless kids onto the road cannot be overstated.”

I also ask him whether there are still places that he wants to travel to, or if he’s already ticked off the major destinations on his hit list. He’s certainly travelled more than most of us will do in a lifetime, and he’s passed through some surprisingly out-of-the-way and dangerous locations en route.

“I’ve never been to Japan,” he confesses, “its purity, aesthetic and cuisine fascinate me. Also I’d love to visit a love hotel (with my wife Katrin!). Fly Me To the Moon is in Tokyo: a Japanese love hotel that features suites with pneumatic beds surrounded by wrap-around video screens. As the wind blows through your hair, guests rock and soar above New York’s skyscrapers, through the Grand Canyon and even into outer space!”

So does he always travel as research for his writing, or does he still fly overseas to relax like the rest of us? Somehow it’s hard to imagine someone with Rory’s intrepid spirit settling down for the day on a beach towel on the Costa Del Sol — but equally, he surely has to relax somehow?

“Writing about a place always enhances the experience for me, making my travels richer and more memorable. I’m no good at lying on a beach,” he confesses, confirming my suspicions. “Perhaps the most relaxing place on earth for me is kneeling in a Canadian Chestnut canoe. Nothing, absolutely nothing, moves me like dawn in Quetico, one of Canada’s vast wilderness sanctuary parks, gliding across the dark mirror of still water, paddling into the embrace of ageless forests, listening to the call of the loon.”

As we say goodbye he tells me that he’s on his way to a conference in Italy that’s dedicated to “La Rotta Hippie”, the Hippy Trail that Rory followed as his research for Magic Bus. With his new subject he seems to have uncovered a previously untapped source of stories, a treasure chest of travel anecdotes and shared memories. Unfortunately Italy isn’t likely to offer him any ageless forests or Chestnut canoes — although “La Rotta Hippie” might prove to have more than its fair share of loons…