Published a few years before the works that made him a posthumous literary superstar, Roberto Bolaño’s Nazi Literature in the Americas is an evasive, hybrid beast. Ben Granger gets to grips with it 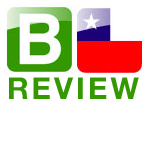 This arcane curiosity of a book – first published in Roberto Bolaño’s native Chile a few years before more his more famous and fêted works The Savage Detectives and 2666 – raises many questions about what literature is for. Nazi Literature in the Americas is a mock encyclopaedia, portraying a selection of imaginary 20th-century authors, South and Central American in origin with the odd Yank thrown in, most of them insane and quixotic, and all of whom are connected to extreme right-wing ideologies. Why? What effect is it seeking to create?

One answer might be absurdism. In real life no true collection of fascist Latin American writers really exists, at least not to the extent of the pantheon, or oeuvre on display here. When we see the immense consideration accorded to Italino and “Fatso” Schiaffino, two Argentine brothers who wrote lauded poetry, novels and social commentary while simultaneously leading both a football hooligan gang and a Galtieri-era death squad we are clearly entering into a brutal whimsy, a Carrolesque fantasy with no real parallel in reality.

Not all examples are as strange as the Schiaffinos and, as the meticulous details of these bizarre reactionary salon scenes emerge, surely the answer is really satire? But satire on what? That there was no real right-wing literary movement in Latin America could be seen as a sledgehammer battering of the right, pointing out the incongruity of buffoonish bigotry in the artistic soul. Of “soccer player futurist” Silvio Salvatico, we hear a list of his beliefs: “the re-establishment of the Inquisition, a permanent war against the Chileans, the Paraguayans or the Bolivians as a kind of gymnastics for the nation, polygamy, the extermination of the Indians to prevent further contamination of the Argentinean race; a massive influx of migrants from the Scandinavian countries in order to effect a progressive lightening of the national skin colour, and the abolition of tax on artists’ incomes”. We also hear “he worked as a gossip columnist and copy editor for various newspapers in the capital, hung out in dives, and practised the art of the novel, which stubbornly declined to yield its secrets to him”. The often lingering implication in many entries is that the talent of these individuals is largely a figment of their own diseased imaginations. The ‘artistic temperament’ is the last refuge of the scumbag, a passport to endless selfishness and limitless cruelty, as displayed by many of the subjects here. The likes of Salvatico play at being the artist to sate their own sociopathy, talent is an afterthought, a hoped-for extra. 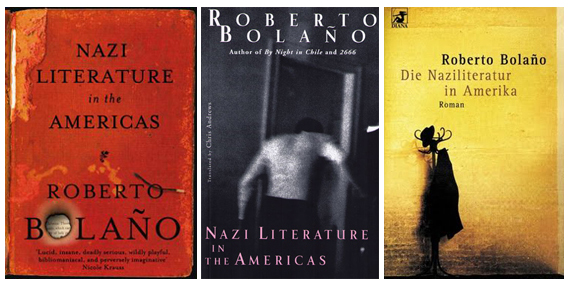 Yet, in reality, the most burning insight and talent can co-exist with unsavoury ideology. In early 20th-century Western Europe we really did have our right-wing literary heroes – T.S. Eliot and Wyndham Lewis on this side of the Channel, Marrinetti on the other. Is Bolaño extrapolating on the perverse allure such artists have, and giving a farcical twist to see what they would look like in South American drag? (A recurring theme is how odd it is for the “mestizos” to follow Nazi cults of racial superiority while they themselves would not pass the Aryan test.) Certainly the demonic buccaneering Chilean Pedro Gonzalez Carrera, a trigger-happy adventurer offering his gun hand for the forces of Franco and the Fallange seems to echo the demonic buccaneering avant-swagger of Marinetti.

Bolaño himself said of the book “when I am talking about the right, of course I am really talking about the left” – a left to which he definitely belonged and yet was far from unafraid to criticise. In this sense the outrageous crassness and excesses of the characters on display could be seen as looking-glass distortions of their equivalent counterparts on Bolaño’s own political side. Ernesto Perez Mason for instance, a swaggering Cuban drunk who continually challenges foes to duels who are too scared to appear, and who secretes the acrostics “LONG LIVE HITLER” and “KISS MY CUBAN ASS” in his journalism seems like a fascist doppelgänger of Hemingway. Are these the real targets?

So perhaps Bolaño’s satire aims in two directions at once? And perhaps sheer absurdity? And maybe the competing streams are there to add to one straightforward torrent – to make the reader laugh. Humour is perhaps the most subjective value of all, and it certainly seems true to say that if you don’t find the book funny, you will not see its ‘point’. Plenty of reviewers have sat po-faced through the work and given it the negative notices they believe it deserves, Alberto Manguel in The Observer being just one of many nay-sayers, the good burghers of the Amazon review corps seem similarly non-plussed.

Myself, I found it hilarious. The necessarily flat pomposity inherent to the encyclopaedic style contrasts brilliantly with the demented and demonic behaviour in display. Hazlitt wrote that we laugh because we see the gap between things as they are and as they should be, and the conceit of the encyclopaedia is highly suited to bringing out this contrast, with the gaps of what is unsaid just as vital as the facts on the page. Of the troubled monarchist Mexican poet Irma Carrasco and her ‘tempestuous’ relationship with Communist husband Barreda, the bare biographical facts belie the violence beneath.

In 1953, after another reconciliation with Barreda, who had become a renowned architect, the couple travelled to the Orient: Hawaii, Japan, the Philippines and India inspired Irma to write the new poems of The Virgin of Asia, steely sonnets fearlessly probing the open wound of modernity. The solution, it now seemed to her, was to return to 16th-century Spain. In 1955, she was hospitalised with various broken bones and extensive bruising.

The reactionary Brazilian Catholic philosopher Luiz Fontaine De Souza and his crusade against the figures of the Enlightenment yields a similarly muted gap of anguish, as he follows his Refutation of Voltaire, Refutation of Diderot, and Refutation of D’Alembert with further works on this well-thumbed theme. In 1930, A Refutation of Montesquieu (620 pages) appeared and, in 1932, A Refutation of Rousseau (605 pages). In 1935, he spent four months at a clinic for the mentally ill in Petropolis. De Souza later bites off more than he can chew with his refutation of Hegel and Marx.

Fontaine was, irrefutably, well versed in French philosophy (his command of the language was excellent) but not, by any means, in the work of the German philosophers. His “refutation” of Hegel, whom he confuses with Kant on several occasions, and worse still, with Jean Paul, Holderlin and Ludwig Tieck, is, according to the critics, a sorry affair.

Again, it is the dry staid bibliographic tone surrounding it which makes this passage so funny. Well, for me, at least.

And yet the themes go a fathom deeper than that. With his expertly crafted idiosyncrasies Bolaño has created another universe here, a breathing, thriving world. Bolaño has been accused of the solipsistic sin of self-reference – writing about writing – and perhaps nowhere could that accusation be more accurately levelled than here. Yet by featuring windows on other authors’ narratives Bolaño fashions a dream bridge between different minds, creating a eerie universe of shared perception, in a way truer to life than linear narrative. And in the more bizarre and outré landscapes forged by such damaged misanthropes as Zach Sodenstern (a science fiction writer whose immensely popular Fourth Reich series imagines a noble tribe of Caucasian barbarians reconquering a post-apocalyptic US), Bolaño conjures up the tormented demons of the mind which can give life to real-life nightmares. “The sleep of reason produces monsters” said Goya. In showing the beasts stalking the reason-starved imaginations here, Bolaño shows these monsters can be as seductive as they are bestial.

The far-right is only the secondary subject here. The real focus is the literary world and its feuding literary journals, and cliquish literary societies are distorted but recognisable replicas of those Bolaño himself must have known. The strange self-destructive paths the authors travel down also seem to have an anchor in the realities of Bolaño and those around him. Bolaño was a heroin addict, which may have contributed to his early death aged 50. Different methods and different pathways to be sure, but Bolaño and the buffoonish monstrosities on display here are gripped by the same urge to self-destruct, and to write. They are blood-brothers under the scarred skin. 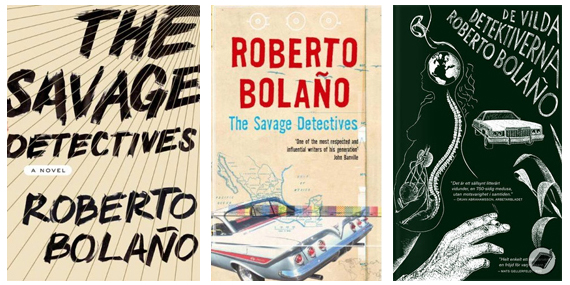 In real life, as a subversive Chilean leftist, Bolaño was at real risk of torture or even murder at the hands of the country’s right-wing putschist tyrant Pinochet. For him to identify with these monsters, the spiritual brothers of his oppressor – is a strange game, playfulness at its most unnervingly masochistic. The final chapter, on Carlos Ramirez Hoffman, takes a different turn. Longer than the other entries, the writing takes a more straightforward novelistic style, and the narrator is Bolaño himself. He spends the chapter tracking Hoffman, a lauded poet now gone to wrack and ruin and a retired killer in league with Pinochet’s death squads. As Bolaño seeks him out, and the more passages open into more conventionally striking prose unconstrained by the bibliographical format in previous chapters, we see a strange, eerie fruition of synthesis, the encyclopaedia breaking out into the world. The epilogue of characters, books and journals only serves to complete the creation of this dark universe.

This work is not a satire, not a comedic whimsy, not a dark jaded quasi-autobiography. And yet it is all this and much more, a schizoid laugh as much as a peer into the abyss. Bolaño has been the posthumous literary sensation of these past few years and I’ve yet to read his more lauded works, 2666 and The Savage Detectives, put off probably by both their length and fashionability. After the weird brilliance I found in this work, I await their delights with wonder.