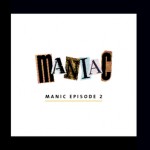 When the very first perception of an image is linked to a structure of reproduction, then we are dealing with the realm of the phantoms.

Democritus’ theory of perception depends on the claim that eidôla or images, thin layers of atoms, are constantly sloughed off from the surfaces of macroscopic bodies and carried through the air… the object seen impresses the air by the eidôla, and the compacted air thus conveys the image to the eye.

I can only channel and find out how these forms want to be arranged to reveal themselves. It is not only the forms that are important but also the emptiness in between them. Emptiness, is not a background, it is an active force that gives birth to shape and forms. Emptiness creates the conditions for the existence of forms and their relationships. 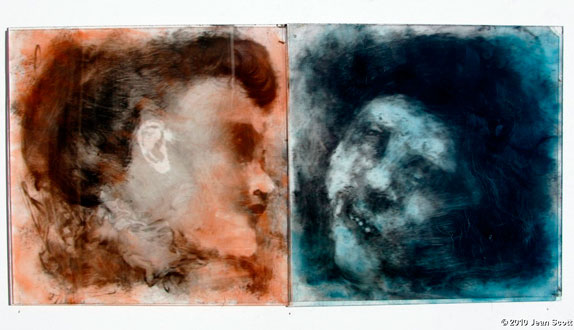 Is anything there, we ask of the world of phantoms, the eidôlon that hover over and in us: images, ideas, abstraction. How rude, imperfect, or false are our experiences of perception? 1 Put your hand through the image and what is on the other side? Plato believed we were akin to subjects chained to a wall in a cave whose reality consisted only of the shadow-projections of things that were passing in front of a fire behind them. The Pre-Socratic philosopher Democritus (460-370 BCE) used the term eidôla (Greek for eidos “form”)—where we get the word image—to describe perception as the result of films or “air imprints” that emanated from objects to eye. An Atomist, he believed matter consisted of indivisible particles that were indestructible and in constant motion. “These images, or ‘eidôla’ fly through the air and bang into one’s eyes, from which one learns about the properties of the objects that threw off these eidôla.” 2 Empty space is what lies between atoms. In other words, emptiness is palpable because “Nothing exists except atoms and empty space; everything else is opinion.” The shapes and size of atoms differed, depending on the object and “connections were explained by material links in which single atoms were supplied with attachments: some with hooks and eyes others with balls and sockets.” 3

In a way, Democritus’ remarkable account of eidôla reminds us of the living physical substrate of our perceptions. Imagining a film, fire or “husk” that floats from object to eye is a way to move through MANIAC’s Manic Episode 2: Hit by the eidôlon. It is an exhibition that delights in the reanimation of the physical interaction of object and viewer, as if the gallery space is filled not with objects but with the eidôla emanating from them.

Much of the work has roots in Hard Edge or Geometric Abstraction and Minimalism yet these works contain an added conceptual twist. For instance, Roland Orepuk’s 4 bright yellow and white rectangles are all in state of distress and exposure. It is hard not to see them as surgical interventions into the master himself, Josef Albers iconic Homage to the Square: With Rays, 1959. The paintings are flayed and deconstructed, turned into a materiality of flayed flesh (canvas) and bone (wood frame). The bright yellow and white painted rectangles bleed or rip as they are exposed for what they are: not abstract images but constructed objects hanging on a wall. Eidôla as force of revelation and destruction.

Abstraction emerged in Modernism as a withdrawal from figuration, but today our lives are so abstracted, that any image (of art, of thought, of reality, of dreams) is a comment on the texture of representation itself. In other words, as books, relationships, photographs, and even the process of mechanical reproduction itself, are all made to live in the virtual realm of 0s and 1s, revelation emerges in the “matter” of any object or image’s production.

Waltraud Wahida Azhari’s 5 paintings, originally drawings on paper, were transferred as “exact copies” onto canvas “using pencil, charcoal, adhesive tape, and white to keep the forms from bleeding… The green geometric shapes are slightly raised and appear as a little ‘relief’ above the primer… ” In between the image and the eye is the hint of physicality (the “relief”). Perhaps it is also a ball and socket that floats and makes an impression on the eye.

The image of Saddam Hussein’s Italian suited torso “giving one of his endless televised speeches” in Ayad Sinawai’s untitled painting of 2010 was impressed on him in childhood. The image returns here: he decapitates the phantom and turns the blunted torso into a grid of silence: the body as “meat,” butchered like many of Saddam Hussein’s constituents.

On the other hand, Kevin Daly’s simple decals—plastic, manufactured imprints of his paintings, or reproductions as moveable phantoms, are placed along the edge of the architectural space where they fold and reveal the physical space. The space between becomes his subject. They are not flat demonstrations of paintings so much as markers of the territory in which art is displayed.“I’m becoming more interested in the actual architectural space (material space) outside the painting without completely abandoning its image or picture quality.” 6 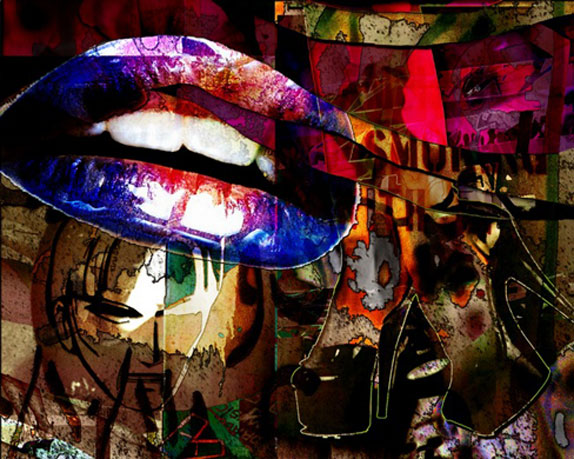 All of this is about the reframing of perception, the DNA of Modernism. Discover the new, the never-has-been; break from the old, the wizened, the weary. But today art is produced in the self-conscious context of capitalism’s hunger for the new and the recycling of prior movements and themes. Researching for this exhibition, I accidentally wrote “Geometric Expressionism” instead of “Geometric Abstraction,” since so many of the painted works seemed to quote from this tradition, and discovered that there really is an odd, singular movement of the 00s—manifesto and all—labeled “Geometric Expressionism” concocted by one lone individual.

It [Geometric Expressionism] doesn’t propose everything is a social construct that must be regarded in order to see the truth. Instead of rejecting all that has gone before, Geometric Expressionism seeks to learn from it. In other words, while taking giants down at the knees is one way to get a different view, so is standing on their shoulders. 7

Indeed, what shoulders is the work in Hit by the eidôlon standing on and why? Steve Baris’s Nested Forms, are acrylic paint on irregularly shaped Plexiglas panels, which “address my long-running fascination with the intersections of form, structure and notional space” [emphasis added]. He is working with the skeletal refraction of the illusion of three-dimensional space achieved not simply through mimicry but through the “juxtapositions of opaque, metallic surfaces with more translucent paint.” This activates the physical tension of geometric abstraction—“the different spatial registers, one projecting forward, the other inward,” so that “a painting is finished when it seems to occupy two places at the same time.” 8

Dynamism. The back and forth between image and eye, viewer and object, object and the process of witnessing one’s own self- construction as if the image is a thing—a husk emanating toward the eye. Let’s face it, our perceptions are rude as Democritus suggested. They exist within a history of recycling and echo as in Kevin Finklea‘s humorous re-use of the broken off “limbs” and paint from his previous work. He reuses parts of old pieces as living forms, almost as though they have an idea or will of their own: “I actively let these reminders suggest the form of what I made.” 9 Attached to the wall, they reach out like abstract versions of Robert Gober’s phantom limbs.

Finklea stresses what many of the artists in this exhibition believe in: the will of form to find or make itself. Suzan Shutan uses recycled material to “comment in part upon the accumulation of cultural debris,” but like Finklea, her fluid linked paper loops “become their own subjective universe… ” as they hang like bulging vines from the ceiling, penetrating the space. She too lets the form create the image as an experience of the space.

Susan Knight does not make images but relationships. Knight reminds us of the fragile state of our ecological context, in particular, water, by transforming minimalist sculpture into an ecological insight. The tube in her piece references “scientific collection apparatuses” that are made with red acrylic ink “because water is life blood.” 10 She takes us out of the gallery.

Hit by the eidôlon is about transforming abstraction into a physical dialogue, reminding us of the physicality of perception. In this sense it is really one of those shows you must travel to and in as if slipping along the globules of perception in the phantom image of eidôla because every image is in action and reaction: canvases are not flat, space is not a static site for viewing. Even seemingly hard edged shapes do more than just sit there. They are meant to make us “part of the space.” (Waltraud Wahida Azhari)

The point of Hit by the eidôlon is to feel the abstraction of materials, not as formalist exercise but as dynamic “things” or concretized relationships between self, object, space, world where the tension between armature and its content constructs the very notion of revelation as dialogue with the space. Where abstraction is the hit that meets and “hooks” the eye with the very materiality of our perception as if “material links… were supplied with attachments.” In other words, abstraction as phenomenal experience.