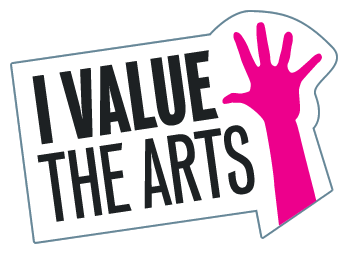 In the wake of this month’s funding announcements by the Arts Council of England, Joseph Spencer offer an American perspective on the philanthropic model for the arts

As the arts in Britain undergo significant changes to their funding structures, debates are sparking up as to alternatives that could save the hundreds of galleries, orchestras, theater companies, music academies, and dance theatres that rely on the government, at least in part, for their funding. With the recent enforced cuts of up to 15% the head of the Arts Council England (ACE), Liz Forgan has been expressing her regrets in the press. The ACE is the decision maker when it comes to who receives, or does not receive continued or new funding from the British Government. In several articles Mrs Forgan has been quoted as stating how difficult the decisions have been.

One of the decisions that has made some art and culture aficionados in London and the surrounding areas ripe with ire, is the now common practice of the ACE that instead of reducing all participating organizations’ budget by 15% according to the originally proposed method, they have controversially enacted selective grant endowments that pit arts organizations in a battle for funding in order to survive. The process smacks of entitlement and favoritism with artists, institutions and supporters alike. Although there are no blatant examples to be held up at this time, the system through which one would apply for entitlements and funding seems an easily corruptible one. While the procedure used to select those companies, orchestras, groups and individuals is not inherently biased, it is thought by many that special consideration will be given to those that could be favored by the Council.

According to Art Council England’s disclosures they have received 1,350 applications to date, worth close to £1.5 billion (GBP) or ($2.449 billion USD) with a budget of £950 million (GBP) the Arts Council England has had to reject or alter funding, and in some cases the effect has been dramatic. Poetry Book Society (PBS) has responded harshly. They have been subject to a complete withdrawal of all funding by the Council. Being one of the most prestigious and respected poetry societies in the world, they have enjoyed a steady funding source for decades. However, with the already strained financial situation in Britain, the British Government by way of British Secretary of State for Culture, Olympics, Media and Sport Jeremy Hunt, and the ACE decided to relinquish all monetary support. This move lends credence to the idea that selective funding attrition, rather than an across the board reduction of 10% to 15% in funds, is not only biased and unfair but culturally destructive. The result of which is the loss of integral parts of the social and cultural landscape in Britain.

In America the arts are primarily supported through philanthropic endowments. There are some funding parameters that are defined through government subsidies such as the Public Broadcasting Networks. However, they are jointly funded through viewer contributions. One specific source for raising capital is the annual pledge drives every year in which businesses that are in the region of a designated Public Broadcasting Station, donate discounted service packages, and/or product bundles that callers to the pledge drive can ‘bid’ on incrementally so as to get maximum returns for the station holding the drive.

Kari Robertson is the President of North Country Arts Council (NCAC) an American education and advocacy non-profit organization encompassing music, theatre, dance, literary arts, visual arts, and crafts. When asked what advantages, if any, are there to a philanthropic funding structure as opposed to a state, Mrs Robertson responded, “One advantage that has been repeatedly expressed to me in conversations with many members of our art community is the fact that we do not have the tight regulatory policies of state sponsored art programs, such as those in some Asian countries”.

In order to justify expenditures, organizations that manage financial aspects for the arts – acquiring a majority of their funding from government grants or endowments – must keep detailed and intricate files accounting for each and every transaction. Often these files must be arranged in triplicate form with only upper management signatures allowed as authorization. This often creates a situation where artists are hindered in their creative process. It can be the case that they are restricted to certain expenses which deprives them of needed materials. It can also be the case that managerial staff and artistic members have very different priorities when concerning what is vital and what is not.

Culturally speaking, the more free and unfettered an artist is, be it in dance, theater, music or literary, generally the better the outcome for observer and performer. This is sometimes made more difficult when the artist is bound by regulation or policy.

According to Mrs Robertson, another advantage to the philanthropic model is that agencies giving financial support to the arts often have a limited view of what is art and an expanded view of what is considered illicit. Nude photography is considered quite tame in today’s artistic landscape. However, if an artist decides that his expression of what art involves or entails anything to do with a perceived desecration of religious text, this is often seen as not in line with what the government deems as artistic. Even with the supposed separation of church and state in America, funding for organizations that advocate such acts often see their financial attributions vanish quite quickly.

It can be concluded that the philanthropic model of financial support for the arts does allow for a much freer form of expression. This does little in the gap between government funding and obtaining economic support from individuals or private organizations. In the coming months it would be fiscally sound for those seeking to continue or newly acquire private financial means to support their artistic organizations, to begin the ever continuous process of courting investors in the arts.

Even with Jeremy Hunt stating that cuts are only affecting ‘Front Line’ arts organizations, with the demise of funding for such prominent institutions such as the Poetry Book Society and the Northcott Theatre Exeter, it would behoove all arts organizations to incorporate a greater amount of time and energy into soliciting philanthropic means of financial support.

There is much to be said for the application of cultural astuteness. Especially in the economic climate that is facing Britain today. It may be one day very soon that the very thing that put the arts at risk may be exactly what society will be looking to as a comfort when engaging the masses.