Carrying the torch passed on by Bukowski and Hubert Selby Jr, for many Dan Fante is America’s most vital writer. Interview by Declan Tan 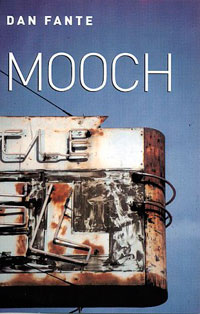 Dan Fante is one of the last surviving writers of his generation that could be called a “maverick”. Having spent years in his own personal wilderness, and never touching a typewriter, he spat his years of alcoholism and excess into a maelstrom of novels, poetry and plays. Continuing the tradition of Hubert Selby Jr. (his literary hero), Charles Bukowski and the works of his legendary father John, he has written about the sleep paralysis of the American nightmare from the perspective of someone who has lived through it.

Born in Los Angeles, Fante briefly studied acting at UCLA before going on to hold a number of low-end jobs as he went cross-country to New York working, amongst other things, as a telemarketer, private investigator and cab driver. He settled there, for a time, during the 60s. During this period he wrote plays for radio and local theatre groups and got heavily into drinking and drugs, giving up on his burgeoning career in the early 1972.

Years later and sober, he has written two critically acclaimed plays, both staged in the late 90s: The Closer (aka Boiler Room) and Don Giovanni. His debut novel, Chump Change, was the first of the Bruno Dante saga and a struggle to get published; he sent the manuscript to a slew of American publishers who all rejected it, before finding a home for the work in France.

What kind of writer is it that you do not respect?

How do you feel about ‘writing’? Are there particular things that have kept you going?

My father John Fante, felt being an author was nearly a sacred calling. I share that with him. A good book can change a life. I continue to try to write that kind of book.

Before you started to actually write, was it something that you felt always seemed to be waiting for you?

You mean other than insanity and death? It took years to scrape the crust of self-hate and madness away. Years. But even as a bewildered young guy I always wanted to write. Writers were my heroes. 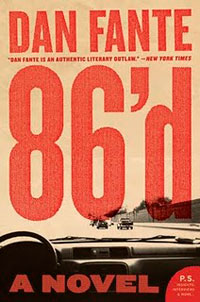 What is art worth? What is life worth? Do they amount to the same thing?

Art is experience – a place visited beyond the reasoning mind. The sense of knowing and experiencing someone’s beauty and passion with awe and admiration. No, they are not the same thing.

Is there a purpose, an underlying intent, to your writing?

Any writer worth his own ashes believes that his words can change the world.

So, there is something worth believing in?

Yes! The living knowing of one’s self as a spiritual entity. The celebration of breathing in and out. All experience devolves to gratitude.

Should a writer have a ‘point’, apart from honesty?

That people will understand his heart. Books are scribbled notes sealed in a bottle and then thrown into the sea.

You have previously mentioned the influence of O’Neill’s Long Day’s Journey Into Night, but what else was it that drew you to playwriting? Is there something in it that cannot be done with another medium, say poetry or prose?

Yes, surely. The medium of speech has a profound impact. Live theatre – good live theatre – reaches passed the mind to touch the heart.

Have you considered film? Can it offer anything?

Yes. But ‘film’ by its nature is a collaborative effort, which I believe compromises the experience. But there are not wonderful films nonetheless.

I don’t know. I don’t look at television. But I do know that it poisons the brain and trivializes all emotion. 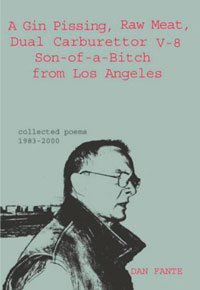 Have you ever thought about going back to acting?

Yes. Creating a character on stage can be magical. The experience of inhabiting someone else’s body and emotions is singular and amazing.

You once said, “My secret weapon is my anger”. What are some of the things that make you angry?

The ‘screwing’ of the American people by the merciless engine of corporate greed really does piss me off – when I let myself think about it. The USA has changed the Europeans view themselves. Out of control Capitalism is the plague of the millennia.

Do you feel as if you have to stand by your words or defend them against critics?

People ‘get’ my stuff or they don’t. Most critics are paid to think and not to feel. I don’t write to please critics.

Who is worthwhile to read (poetry, prose or otherwise)? Is Selby still important to you?

All of it. Selby shined a light into the darkness of my mind and allowed me to become friends with my mind.

How do you stave off complacency in your work?

By continuing, hopefully, to get better as an artist.

When you write, does it flow quickly? Do you re-work a lot?

I write two hours a day, six days a week – unless I’m really hot and on to something. I begin my day by going back in my manuscript three or for pages from where I left off. I start by re-working, then let my mind take me forward.

Do you think an audience must be great for a writer to be great, or the other way round, or neither?

Writers are village square evangelists. An audience is essential.

So do you think it is a writer/artist’s duty to wake up the audience?

How does one escape the guilt that bores into the mind of a Catholic?

By re-experiencing the notion of God.

Was Catholicism a big part of your upbringing?

Sin and personal damnation was a bigger part.

And the publishing world? How did those initial rejections affect you?

A writer must believe he has something worthwhile to say. When he comes to know that his work is important, then nothing will stop him. 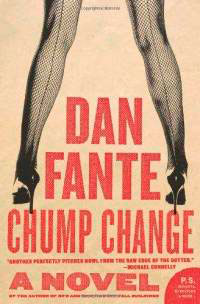 Does the ‘truth’ have to be marketable to get published?

The truth is always marketable if not always pleasant.

I sense some kind of compatibility with yourself and Bukowski’s opinions on contemporary literature that it is airless and false. Would you agree with something like that?

For the most part. Bukowski despised convention. It fed his rage and his work.

What function did drugs have for you earlier in your life?

Without booze and drugs I’d be dead. It helped for years – until it didn’t.

Is originality as important as honesty in writing?

What would a snapshot of modern life look like to you?

Chaos that leads back to the quest for peace of mind. The more fucked-up things get the closer we get to real metamorphosis.

And how about your own?

I spent the first half of my life pouring gasoline on myself – in search of a match. This second half I’ve set to music… Too many questions but all quite well asked.