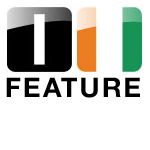 For somebody who constantly boasts about his knowledge and understanding of the African continent, US Senator James Inhofe (R – Oklahoma) sounds shockingly naïve when addressing the recent events in Ivory Coast which has done on a regular basis in recent weeks.

Last month, following the capture of former Ivory Coast president Laurent Gbagbo after he refused to leave office despite losing his election to challenger Alassane Ouattara more than four months earlier, I received an email message from Sen. Inhofe’s office with the subject line “French Colonialism Must End”. The email included a link to a YouTube video of Sen. Inhofe railing against Ouattara, the United Nations, the US State Department, and France from the senate floor.

In the twenty-five minutes speech Sen. Inhofe condemned the violence unleashed by French and UN peacekeepers as they liberated the West African nation from President Gbagbo.

“I hope every president of sub-Saharan Africa is watching right now,” Sen. Inhofe says to his colleagues in the senate, “because what happened [in Ivory Coast] can happen to any country in sub-Saharan Africa.”

And if it did, Sen. Inhofe, Africa and Africans would be much better off.

During his speech the conservative senator makes a gallant attempt at using a well-worn liberal line of thinking: instead of allowing the UN and Europe to engage in neo-colonialism in Africa we should be listening to Africans and allowing them to solve their own problems. The French and the UN were choosing sides in Ivory Coast, Sen. Inhofe asserts, and Ivoirians were left voicelessly at the mercy of the imperialists.

During his speech the senator points to a statement made by African Union Chairman Theodoro Obiang Nguema Mbasobo. The chairman, who is also president of Equatorial Guinea, condemns France’s role in Gbagbo’s ouster. (The AU chairman has since pledged the organization’s “full support” to President Ouattara in a press release issued on April 15). The irony of using such a statement by a ruthless dictator like President Mbasobo to illustrate a point about the free will of the people seems lost on Sen. Inhofe, or at least he doesn’t hint that he’s aware of any irony.

President Mbasobo is one of Africa’s worst dictators – which is saying a lot. Having come to power in a bloody coup in 1979, President Mbasobo has remained at the helm in Equatorial Guinea for nearly thirty-two years, where he has stifled all political opposition (all but one member of parliament is from his own ruling party). President Mbasobo is the prototypical African “Big Man”, a megalomaniac, who has built a cult of personality in his tiny nation that rivals anything seen in history. It is so large, in fact, that he has even referred to himself, without any apparent blowback, as a god.

But Sen. Inhofe doesn’t stop there. He goes on to mention a conversation that he recently had with his “good friend” Yoweri Museveni. President Museveni has ruled Uganda for the last quarter century and shows no sign of leaving – even recently having his nation’s constitution changed so that he could continue to rule. Sen. Inhofe assures us that President Museveni too is angered by the “colonialist” behavior of the French and the United Nations in Ivory Coast; another great African “liberator” who wasn’t consulted by the West before they moved in on Gbagbo. What a shame.

The reality, of course, is that Presidents Mbasobo and Museveni, along with so many other African politicians, are shockingly worried at the precedent that was set by French and UN action in Ivory Coast. In fact Sen. Inhofe could have also included Zimbabwean tyrant Robert Mugabe in his speech who, after over thirty years of misrule and tyranny, has successfully driven his once-promising nation into the ground. Predictably President Mugabe also decried the West’s involvement in Ivory Coast, and some reports suggest that he even (illegally) supplied troops and weapons to Gbagbo in the process.

The two organizations designed to give a voice to Africans and provide an “African solution” to this African problem in Ivory Coast, the AU and the Economic Community of West African States (ECOWAS), failed to do so. In fact it was the very impotence of these organizations that prompted the UN and France to step in and prevent a further slide toward civil war in Ivory Coast and to uphold the internationally recognized election results in the nation.

What Sen. Inhofe doesn’t understand, or refuses to admit, is that the AU and ECOWAS don’t necessarily, or even likely, represent the will of the African people at all. Instead they are mouthpieces for a largely corrupt and all-powerful ruling class in Africa that has for decades all but neglected the overwhelming majority of Africans who they claim to represent and in doing so have helped their nations and much of the continent slide even more deeply into extreme poverty and despair.

Real African voices have been shut out of the African political process in similar ways that Arab popular opinion, until recently, was largely silenced by those in power in the Middle East and North Africa. One of the more remarkable aspects of the popular uprisings sweeping across the Arab world right now is how, perhaps for the first time in generations, Arabs are listening to each other and not to the propaganda of their own corrupt governments. The same tired old bogymen – the United States, Europe, Israel, Al-Qaeda, religious sectarianism – dragged out once again by the regimes in Tripoli and Damascus and Sana’a aren’t having the same results on the people of Libya, Syria, Yemen and elsewhere that they used to have. The citizens of these nations are courageously starting to crack the destructive apparatus placed on them by political leaders whose only goal has been to stay in power at all costs.

While French motives in Ivory Coast may not have been entirely altruistic, by helping to remove Gbagbo, France and the United Nations supported the democratic process in Ivory Coast. And on a continent where you can count the number of democratic transitions of power on one hand, supporting democracy and upholding the democratic process – something that so many African rulers have failed to do for their people for so long – is not only vitally important but necessary for the future of the African people.

Greg Houle is a freelance writer who has written for numerous publications, including the National Review, Philadelphia Inquirer, Charlotte Observer, Washington Times and others. Follow him on Twitter @greghoule