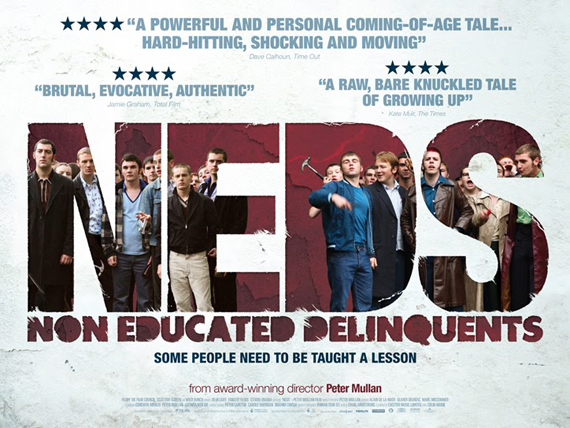 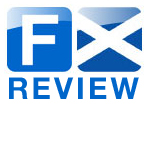 Neds (short for Non-Educated Delinquents) charts the viscous trickle of one gifted boyâ€™s eventual adhesion to the 1970s Glaswegian gang culture, a fate that Peter Mullan (writer-director) now into his third feature, so narrowly avoided in his youth.

Similarities are easily drawn between the twoâ€™s formative years: both academically adept school drop-outs, brought up in a poor family in Glasgow, under the fist of â€œa raping, bullying, alcoholicâ€ father, with both joining belligerent gangs at young ages.

But this is not an autobiographical film. Itâ€™s a personal exploration of why and how an intelligent, precocious lad can hurtle into violence and decay. It could be called, as it probably has already been, â€˜This is Scotlandâ€™. Though Neds does show us the wounded heart of Scotland it isnâ€™t racism to blame in this affair. Dropping us in to the life of little John McGill (Gregg Forrest, with the older John played by the outstanding Conor McCarron), an altar server, aspiring journalist and victim of some persistent bullying that begins before he even reaches the school gates.

Young John lives in the shadows, not only of his feared and respected older brother, another proponent of the knife and gang culture who looms unseen over the destiny of his younger brother, a phantom only timorously referred to by enemies and former teachers, but also in the shadow of the ever-present crucifix, seemingly nailed to every serviceable wall.

But John desperately wants to avoid the risk of sliding into line with his brother, and shuts himself up over summer, sidestepping trouble by simply not leaving the house in the holidays, determined as he his, to prove all detractors wrong. Eventually, however, the name of his kin becomes common knowledge with him sometimes even flouting his formidable connections, and any grief heâ€™s on the receiving end of quickly disappears, as he starts secondary school under the sharpened eye of his brother.

With echoes of Portrait of a Young Man Drowning, Charles Perryâ€™s first and only published novel, Mullan picks at the reasoning, or unreasoning, behind such a descent into psychopathic and self-destructive behaviour. As an older McGill mixes into the gang, having been earlier rejected by the starched company of the bourgeoisie due to a minor accident with a piece of glass, he applies himself fully to his spectacular freefall into the depths of street savagery, with fight scenes mixed in with incongruous ironical music, a style reminiscent of Kubrick, along with all the explicit overtones of McGillâ€™s sexual arousal derived from giving someone a good kicking. They are happiest in the fight, he and his not so merry men, transcending their miserable situations to existentially punch some other square-headed oaf in the chops (or something haughty like that). Maybe it is a study of the appeal of violence to a group thirsty for a feeling, or maybe thatâ€™s just the way it was. It knows itâ€™s no Bill Bufford book and in that respect it offers little in the way of prosaic, expositional explanation or reductionist psychology and we have Mullan to thank for that.

Admittedly the impact of the tale withers in the closing stages, the well-worn track of coming-of-age dramas trekked again here, despite the inspired glue-induced ruck with Jesus, with the biblical symbolism poured on cakey thick, but Mullan ends it on a resounding image that does the film and its impressive performances justice.