Twenty years ago, a landmark album was released in the UK. Dread Beat An’ Blood was Linton Kwesi Johnson’s debut recording, the first time his political poetry had been accompanied by the powerful beats of reggae. This new form of music, revolutionary in terms of language, content and style, came to be known as ‘dub poetry’ and Johnson is still the foremost and most uncompromising practitioner of the art. Using the patois of Jamaican speech, Johnson articulates the Black British experience and uses the rhythms of reggae to get his message across.

In the past, he has been called a prophet. “Yeah, yeah, I don’t take these things seriously. I just think it’s another media tag,” he says dismissively. “The music is compatible with the poetry in so far as I am writing out of the reggae tradition and some of the poems are written are within the perimeters of the reggae structure. And it’s oral poetry and oral poetry lends itself to the rhythms of music.”

Considering his commitment and personal history, perhaps Johnson’s success is no great surprise. His whole life has been based around increasing political awareness, fighting racism, and music. Born in Chapletown, Jamaica, in 1952 he came to England at the age of 11 to live with his mother in Brixton. It was an traumatic experience, compounded by the hostility and racism of Britain in the early 60s. Before long he had joined The Black Panthers. “That’s where I learnt my politics and about my history and culture,” he has said. “That’s where I discovered black literature, particularly the work of W.E.B. DuBois, the Afro-American scholar who inspired me to write poetry.” 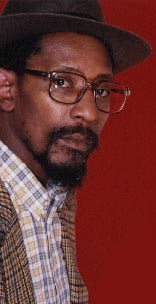 Armed with this new political awareness, Johnson was laying the foundations of his future recording career while he was still at school, with the poetry and drumming group, Rasta Love. After graduating from Goldsmiths’ College, he began to write in earnest and his first collection of poetry was published in 1974. Since then he has released three more books and a total of 11 albums – but that’s not all. His achievements outside of the studio have also been considerable. He has edited the journal Race Today Review, made a radio series on Jamaican music for the BBC, reported for Channel Four’s race relation series The Bandung File and helped found Creation For Liberation, the seminal Black Arts organisation of the 1980s.

He has been involved with innumerable campaigns, set up his own record label and received honorary degrees and awards. His work is now taught in Universities up and down the country. I could go on, but you get the picture. There is no doubt that Linton Kwesi Johnson is totally committed to improving and drawing attention to the Black British experience. Considering this, it seems almost sacrilegious to ask: Is his work as relevant now as it was 20 years ago?

On this point, Johnson has no doubts. In the two decades that Linton Kwesi Johnson has been making music, his political stance has not shifted an inch. “I think Tony Blair is a natural born Tory. He’s a natural born Tory who would have been quite comfortable on the left of the Tory party with people like Kenneth Clark and Michael Heseltine.” he tells me. And what does he think the most pressing political issue of the day is? Without drawing breath, he gives an emphatic, two word answer. “The police.”

His 1980 collection of poetry was entitled Inglan Is A Bitch. Despite the many battles that have been won, he stands by that statement. “When one looks at what happened to Stephen Lawrence, when one thinks of the fact that a black person is eight times more likely to be stopped and searched than a white person, that a black person is five times more likely to be given a custodial sentence than a white person, that the ACPO – the Association of Chief Police Officers – has come out and admitted that racism is institutionalised within the police force, that the black nurses within the health service for years have gotton a raw deal. When one thinks of all these things, yeah, Inglan is a Bitch. I still believe as passionately in the same things I did twenty years ago, and although we have made some head way, the struggle for social justice is still on.”

As ever, that struggle is clearly articulated on his new album, More Time. Some are already saying that it is his best work yet, a work in which the political and musical sides of Linton Kwesi Johnson are more strongly interwoven than ever. Ultimately, the feel is a touch lighter than in the past; the mood seems that little bit more optimistic. Johnson seems to agree. “Well, some of the poems are optimistic, forward looking. I’m writing about the possibilities of life. I try to make the music suit the mood of each poem. Like on Reggae Fi Bernard, a poem about the death of my nephew, I tried to conjure up the music of the Jamaican marching bands, who would traditionally form part of the funeral procession. But to an extent, you know, it’s about the banishment of grief and the celebration of life, so in that sense the music might be brighter. It’s a poem about how we can benefit from life.”

There are also hints that this album is perhaps the most personal Johnson has ever made. Two tracks, Hurricane Blues (previously released without music in 1996 on the LKJ Acapella Live album) and Seasons of the Heart, are “poems in which I was trying to explore some inner landscapes.” And then there is the title track, More Time. 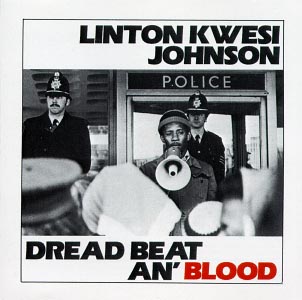 Whilst clearly a statement about the working conditions and hours forced upon the poor and disenfranchised, I am left with the impression that it applies to Johnson himself. “There is no reason why we can’t work less hours and enjoy our lives more,” he tells me. “But if we do get more time, we have to organise ourselves to get some benefit from it. What is life if we cannot get some pleasure from friends and family, from relaxation and contemplation? Most people do not have an idea of what their human potential is, we are so used to not having time.”

As you might expect, his own preferred forms of relaxation are far from extravagant. “I enjoy being with people. Socialising. The simple things, the simple things in life are the ones that give me pleasure. Going to the pub and having a pint, playing a game of dominoes or a game of pool. Being with my grandchild. Little things like that. Reading a good book. Eating a good meal.”

Some may feel that although Johnson is progressive in his ideals, his music style bears no mark of the revolution in technology that has taken place since he started recording. “Well, I’m not a luddite in that respect,” he says, although he seems ambivalent about other more modern combinations of music and politics. “If it’s done well, it can be very entertaining and very fine – but it has to be done well. There is always a danger of the music dominating the words. You have to very careful about how you do that. But as for rap, when it’s done badly it’s just boring. The only rap record I used to have, or I still have, is Grandmaster Flash, The Message. I don’t think I’ve ever heard anything that tops it. I never heard a rap tune that can better that.”

What Johnson does is outside the vagaries of musical fashion and he is not a man to pander to trends. The message of the music is all important. “I do worry in a sense that people might forget that I’m a poet and just get off on the music but I always like to think of it in this way, that the music articulated in a good way, and also the views are plain and clear and articulated well. But I don’t want people to forget that I’m a poet.”

So how does a man who’s political views have not changed for twenty years, and who’s musical style resists influences manage to sound so contemporary? And how does he manage to cross so many borders and reach so many people? Maybe it’s because the issues he writes about are still as relevant today as they were in 1978 and until they go away, Linton Kwesi Johnson will always be there, dragging them quite literally onto the centre stage.

“In a sense, even though a lot of my poems are about the black experience, as well as other things, I’m not a ghetto artist. My audience is not a black audience, my audience is a broad cross section of people, so I don’t think I’m preaching to the converted.” He has played all over the world, from Japan to Turkey, Iceland to Brazil, and with his new album, he looks set to attract a whole new audience. “I just make my records and write my poems and I’m just grateful that somebody bothers to listen to it,” he says. Somehow, I think it is the audiences and record buying public who should be grateful.