“New technologies have always come into the country bringing the idea that our restrictive conditions can be cast out,” explains O’Toole. “But it rarely turns out to be the case. Look at video, which was meant to herald the end of the censor – it’s actually become a great tool for the censor. But censorship is always thought of in absolutes. You cannot restrict access to illegal materials – you can only make it very difficult to get hold of them.” 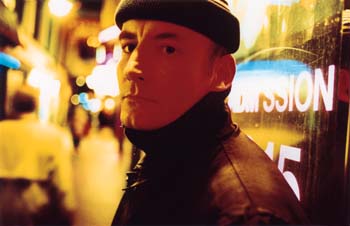 “Hardcore is a very nasty term,” he continues, “when all it means is pictures of adults having sex. Fair enough, a lot of people are revolted when they see their first hardcore imagery, but I think that comes from their own sexual insecurities, which are then transferred back on to the pictures. I don’t think there’s anything intrinsically revolting about people having sex or seeing pictures of it.”

However, O’Toole is sceptical that the evergrowing popularity of the Net in the UK will bring about a change in our obscene publication laws soon. “Where we differ from America and Europe is the attitude of the British establishment, which maintains that they know what’s best for people,” he argues. “Attitudes won’t change until the intelligentsia change their mindset, which will creep in eventually from the ground level. But the Internet does let people see that there are other attitudes towards pornography.”