Chris Hall on the significance of names in
fiction and film

The importance of names in literature has nowhere been more typified than in recent attempts to pin down the elusive etymology of Beckett’s Godot. Following that farrago you can be sure that the name ‘Godot’ is missing from any parental ‘Book Of Names’ (although I quite like the idea of pregnant women going around stroking their bellies and saying: “Yes, we’re waiting for Godot…”). One can imagine the bewildered child suffering an intolerable identity problem from having his peers forever arguing about what he ‘means.’

To some, ‘Godot’ has a kind of cosmic signifier in the duality ‘God/Eau’. Less Francophile readings have insisted it should scan as ‘Go.dot’, a reference to the mental and physical movement that must result from Existential inertia. Perhaps the least credible suggestion, although the most interesting and curious, comes from a bizarre triangular link between James Joyce’s Ulysses and the Tour de France. Some painstaking (or entirely serendipitous) research has discovered that a French cyclist by the name of, wait for it, Godot, rode through Dublin on the 16th June in the early part of this century, the exact day which Leopold Bloom spends milling around Dublin in Ulysses. To me this has a further curious affinity with the ‘Go.dot’ reading and one of cheery Norman Tebbit’s maxims: on yer bike! Evidence perhaps that Beckett really was a hilarious wag or, simply, a precognitive member of the Tory party?

Charles Dickens was one of the first to really let rip with overblown allusional comic sobriquets and it is in this tradition that a lot of modern and postmodern neologising is entrenched. Writers have always liked a name’s potential to succinctly allude to character and disposition, often spending months deliberating over the final choice. For me, one of the best examples of a truly great fictional name belongs to the central character in John Kennedy Toole’s A Confederacy of Dunces: Ignatius J. Reilly. The christian name is practically onomatopoeic, suggesting indignation and outrage which, for anyone who has read the book, will almost sound like a definition of our Rabelaisian hero going about his hatred of anything modern. (In a cinema Ignatius loudly proclaims: “This is an abortion!”) There is also the subtle use of the pompous, self-important middle initial that furthers our understanding of the character.

Philip K. Dick’s obsession with duality (probably originating from the fact that his twin sister died when only a few months old) led him to invent some gloriously unlikely names. In Valis one-half of the narrator (as with a lot of Dick’s novels, it is hard to tell) is called Horselover Fat. ‘Philip’ is Greek for ‘lover of horses’; ‘Dick’ is German for ‘Fat’. Similarly, for close watchers of Karaoke by Dennis Potter, the character of Nick Balmer, played by Richard E. Grant, immediately raised suspicion: N. Balmer = Enbalmer, a famous line from deranged Danny the headhunter in the film Withnail And I. Incidentally, this provides further evidence that Dennis Potter (or Pennis Dotter, as A.A. Gill waggish refers to the playwright) was taking the piss with his Channel 4/BBC 2 collaboration. A less subtle form of this codified obscurantism appears in the film Angel Heart, where Robert De Niro plays the character Louis Cyphre, who turn out to be, surprise surprise, Lucifer.

If there is one author who best exemplifies a predilection for names and games of the distinctly literary type it is Vladimir Nabokov. In Bend Sinister there is paronomasias (a ‘verbal plague’ as Nabokov describes it) in Padukgrad where everybody is merely an anagram of everybody else. Nabokov concedes that by their very nature these “delicate markers” will bypass the inattentive reader and that “well-wishers will bring their own symbols and mobiles, and portable radios, to my little party” and concludes that in the end “it is only the author’s private satisfaction that counts.” It was this “wayside murmur” that pleased him the most when rereading his own fiction for the purposes of correction. etc. Nabokov reminds us that reading is a bungee jump (especially first person narratives) where we may become so engrossed in the rush and thrill of the story that we forget we are tethered to the author. Nabokov had a kind of withering, yet paternalistic, disregard for kidding ourselves: he had a fondness for snapping on the ropes and shouting down, “You idiots!” 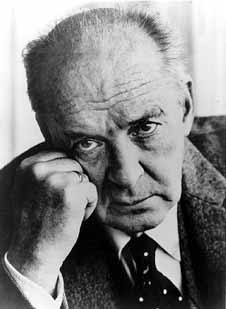 James Wood, in comparing young American and English writing, recently argued for a fiction of unknowingness and against one of omniscient authorial intrusion. But surely this is just the point that Nabokov is making: fiction is a conscious game where the author manipulates the proceedings. There is little escape from this fact (and why should we want to escape it?) What varies is authorial acknowledgement which sounds patronising or exhilarating, according to taste. Some people don’t like the pedagogical voice in modern fiction, don’t like being ‘lectured to’, and some don’t like being told they’re being ‘lectured to.’ Fine. But Woods, and even more recently, the children’s writer Philip Pullman, recent winner of the Carnegie Medal, goes too far in implying that any type of postmodern or self-conscious position cannot co-exist with what they conceive as a ‘pure storytelling’ form.

I can’t help but detect a very conservative sensibility here that has an analogue with the political rhetoric of the “Back To Basics” government campaign: a return to good honest readability, out with this leftie cleverness, elliptical narrative on yer bike! Note also the tedious cyclical nature inherent to both arguments, roughly appearing in the runup to the Booker Prize or a General Election. A recent Dillons survey of MPs’ reading habits (a thinly veiled attempt to annoy Jeffrey Archer, which is fine by me) reveals similarly conservative reading values. Most overrated novelist? Archer, of course, who goes down for obvious political reasons (though it begs the question: who is it that ‘rated’ him in the first place?) Next came Martin Amis, A.S.Byatt and Salman Rushdie, which sounds suspiciously like a list of people you are supposed to say are overrated. Either that or, dare I say it, a list of authors your average MP is a little too sentence-challenged to understand. Well, think about it: all those years of soundbite politics hardly indicates a love of Proust or Joyce, does it?

The importance of a name to plot structure is nowhere more comically heightened than in Martin Amis’ Money, where John Self finds himself the patsy in a financial conspiracy of moviemakers and money shakers. It is the character’s very name that is the source of his downfall. (Skip the next couple of paragraphs if you haven’t read the book). ‘John’ is, I think, the perfect name for invoking the bland anonymity of the giant financial institutions where, in Nabokovian terms, everybody is merely an anagram of everybody else. (Viz. Nick Leeson: a name that should have set alarm bells ringing in itself).

‘Self’ of course embodies the ultimate Eighties Thatcherite ‘ideas’ of individualism and survival. But the apposite brilliance of ‘John Self ‘ is in making it the central twist. Amis has subservient to the greater scheme of things (the plot), just as his character is made to serve the greed of the players around him. It transpires that Self has been signing company documents twice; once under co-signatory, once under ‘Self’: “It was your name.” This literary playfulness and close attention to detail can be traced from Nabokov through the American heavyweights Saul Bellow and John Updike to Anthony Burgess and most recently Amis.

The playfulness which employs hyperreal and ciphered names runs riot in the comic novel, best exemplified by Joseph Heller’s Catch-22. Here the names are neither naturalistic or ciphered but faintly ludicrous (viz. Pulp Fiction:“This is America: names don’t mean shit”). There is a phonetic suggestibility of sedition and subversion in the name ‘Yossarian’ (which is noted by one of his paranoid superiors in the book). There is also the double ‘Major Major’ (which has recently been recycled as the title of Terry Major-Ball’s autobiography) and the sub-Dickensian ‘Chaplain Tapmann’. ‘Milo Minderbinder’ is a personal favourite, conjuring up an image of a kind of entrepreneurial mesmerist who also happens to be mentally ill. However, we also have Richard Ford’s ‘Frank Banscombe’, a name redolent of Updike’s great tragicomic figure Harry ‘Rabbit’ Angstrom: thus a more naturalistic name could be said to suit the subtler pastiche and ironic metiers of Ford and Updike.

Names become their strangest when the demarcations between fiction and reality begin to merge into one another . Umberto Eco is a case in point. His non-fictional name is almost too literary, too good, to be the real name of an author. One of Eco’s short stories from Misreadings is entitled Granita and is a twist upon Lolita, where the subject of desire is an old lady. In the Nabokovian version the central protagonist is, of course, Humbert Humbert, the name once again being indicative of a double or split image. The similarity of Umberto to Humbert is striking, and ‘Eco’` sounds like an allusion to the fact that the first name is an echo of the first. Before knowing any better I found myself thinking that perhaps Will Self was a sly allusion to one of his mentors (and mates) Martin Amis. But that would be to confuse art with life. And we all know where that gets us….