“I moved to New York to fuck Patti Smith” writes Thurston Moore, going back, going way back to an epoch of rock history when Sid Vicious was at his most vicious, prowling the Village’s streets after Nancy’s brutal murder, when Lydia Lunch was just a “girl on the corner with a nose ring”, and when Kim Gordon was a pretty blond he hadn’t met yet. These, and other tasty details of the late 70s New York scene, are exposed by Moore in an endearingly naff little short story found on the internet titled ‘On the Loose’, which ends (gag) with the words; “..and that was when I first kissed Kim”.

Adolescent prose aside, this brief fusion of flesh meant more than just two badly dressed kids getting it on in a seedy loft apartment. It meant that Moore would soon tattoo his upper left arm with the prophetic words, ‘Sonic Life’, and the band we all know, and mostly love would soon follow. Neither Moore (thank god) nor I, however, have a Sonic Youth history lesson on the cards today, and we move quickly over the details to greener pastures.

Very few rock stars do not have tattoos on their skin, as getting ink done has almost become a requirement for anyone aspiring to break into the wild world of rock and roll.

In short, Moore summarises for the record, they wrote a bunch of albums, most good, signed to a major, became a ‘brand name’, were slated as much as celebrated, but they survived, and they can still shake it, as demonstrated by their latest album NYC Ghosts And Flowers. And they’re really, really nice. Even Moore, who could understandably have an ill tempered stoat down his trousers about the way he’s been written up over the years, (NME described his Root tribute album as “…a snowman celebrating warm weather by commissioning a statue of himself made out of more snow”. Ouch!) is expectant of demeanour rather than defensive, gentle of temperament, rather than bitter and quietly erudite in a non-threatening, non-Radiohead kind of way. Would a true beret owning, deconstructa-rock svengali admit to loving the Spice Girls? You’ll find out. But let’s first take it back to the genesis.

On a fundamental level, I challenge Moore, little has changed in Sonic Youth land over the last 20 years. He nods, and smiles.

You still write songs about Patti Smith; “Yep”. (Check out the dissonant-licious ‘Patti Smith Math Scratch’ on Moore’s last solo album Psychic Hearts.) You still aim to transcend the ‘usual’ with your standard rock format; “uh-huh”, and a guitar is still not just a guitar right? “Of course”. 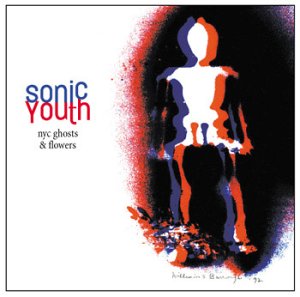 So, I push on encouraged by such a wonderful, and compliant beginning to the ‘difficult Thurston Moore interview’, overlooking Moore’s cruelly un-ironic streak: …and what has been your greatest ‘rock’n’roll moment’ of recent times?

“Well, I was watching the Spice Girls movie” Moore recalls, turning unpredictable all of a sudden “and when they cover Gary Glitter’s ‘You Wanna Be In My Gang” I got goose-bumps. It was chilling. When they came out in those costumes with all the dancers I thought to myself, this is as great as the first time I saw Blondie at Max’s. This is as exciting as sitting behind Sid Vicious at CBGB’s right after he lost his mind. I could just see being an eight-year old girl, and wanting to be that.”

“At the same time, there was something freakish about it, and it struck me as this completely total rock thing. God bless them all, that’s what I say.

You’ve often exalted music as a “magic” medium of information, one which is often more than just the sum of it’s parts, does that apply to what happened between you and the Spice Girls, in that plane somewhere over the Atlantic?

“Hmmm, yeah, it kind of relates to my attitude to music other people call ‘cliched’ or ‘recycled’. In my eyes you don’t need to be so spiritually involved with music to be considered a valid musician in my eyes. Some of the most wonderful moments for me musically were machine made and plastic.”

“You ask me about Matchbox 20, and bands like that, and I say what about Matchbox 20? I don’t know much about them, but they seem to me to exemplify a group of people getting off on the sudden rush of making rock’n’roll music, and I think that’s wonderful. Maybe I’m wrong, maybe they are something put together by a machine and then plugged in, I don’t know, but they don’t offend me.”

“It does, they do, and you know what? Forget the Spice Girls, it’s American Alternative radio stations, not mainstream rock and pop stations that bug me. We’re considered, in a broader sense, ‘Alternative’, but don’t expect us to be played next to Blink 182 and Offspring. Those bands cater to people their age, and we’re hardly of that generation. We’re parent rock in a way. Musically we’re a lot more extreme and radical than a lot of those bands that seem to cater to the safest aspect of Nirvana the verse/chorus/verse thing, which I always found kind of disappointing.”

“That was an aspect of Nirvana’s music that Kurt told me he wanted to get away from. So I find it discouraging to see all these bands taking this really simplistic element from Nirvana and employing it to their own success. I don’t really care. I’m not bitter about it,” he laughs sensing the heat of his own diatribe, “but it’s not very interesting to me. That’s what they’re calling punk rock, but to me it’s as prevalent and as annoying as disco was in the 70’s. There’s this whole underground of lo-fi cassette-label musicians who are really good. So I like that stuff, but those kids think of us as being totally over the hill.”

And also, while Offspring rant about ‘flys’ and ‘white guys’, Sonic Youth are singing free-style lyrics in a stream of consciousness winding well away from the mainstream. Is it true that, when you’re working with an ambiguous message and the masses, you gotta keep em separated?

“Not always. Our ‘big hit singles’ gave nothing away, but their popularity probably had more to do with the music, and the fact that they were ‘weird’ sounding by contrast. Every now and again, the ‘alternative culture’, by way of momentum swing, is cherished by the mainstream for what it is, rather than how it should be like the mainstream popular music.”

“Lyric writing is an interesting process in Sonic Youth. There’s three people writing now, and we’ve all had a lot of interest and involvement with expression through words, or poetry or whatever. I hardly think we’re the only people writing lyrics with that frame of reference or that frame of mind, but our fusion of styles in this framework is interesting.

“Most people can’t tell now who wrote what, and to make it more confusing, I wrote some lyrics that Kim sings, and vice versa. I like that blurring of identities within the band, because it becomes a unified thing that can’t be related to other forms of historical poetry.”

How do you respond to detractors when they criticize your lyrics as “staggeringly pretentious, and meaningless psycho-babble” (NME) ?

“A lot of the lyrical ideas [that run] through Sonic Youth and my solo record [Psychic Hearts] do have a lot of meaning in a way, although it is somewhat abstracted,” Moore says, unfazed by the quote. “Especially when you’re writing them. They’re written down with just the poetic sense. They have some kind of meaning to you because it’s emotional, so it’s like trying to translate that emotion literally beyond the poetic sense of the words. You don’t want to analyze it so much because I just like the abstract nature of it, that it can take on any shape that you might feel it should take on.”

You speak a great deal of poetry and it’s place in music, I’ve often wondered to myself if Sonic Youth’s album title, ‘A Thousand Leaves’ isn’t a coy play on Whitman’s ‘Leaves Of Grass’?

“You know, you’re right, and the first person to pick that up. (Spike blushes) I didn’t want to draw attention myself to the reference, but yes, that indivisible notion of art and nature is what I was getting at. It makes me happy when the slightest intentions can be picked up. Whitman is so amazing don’t you think? (Spike nods) There’s a lot of his ‘New England Mysticism’ that we aspire to. The way his words seem to breathe, and have colour, and shape, and texture. As a member of Sonic Youth, and as a solo performer I’m also playing with the same type of evocation. The same way he improvises with images and words, we improvise with sounds and notes.”

I’ve heard, and seen you spiral upwards, towards these trance like improvisational jams live the last couple of times, is that Whitman inspiration pushing you closer to this almost structure-less musical energy?

“What I’m aiming for all the time when we play live is a balance between the high energy of loud music, and a calm meditational energy you sometimes find at its core. Recording tends to restrict too much experimentation, ’cause when you’re making a record it’s a part of you, for that time it’s your whole fabric. But when we tour the songs, they tend to get more and more expansive, and actually evolve over time until they are something quite different. For this reason I never go back and listen to the recorded document. The thrill, instead of listening to our cds, comes when the balance I was talking about can be attained. Everyone in the room can have a shared, communal rock experience. I’m only too happy to be the conduit of it, after all rock’n’roll saved my soul.”