Tchaikovsky: The Quest for the Inner Man
Alexander Poznansky

More than a hundred years after his death, Pyotr Ilyich Tchaikovsky remains a greatly loved but still deeply enigmatic figure. However, in his comprehensive and illuminating biography Tchaikovsky: The Quest for the Inner Man, Alexander Poznansky has brilliantly employed the personal correspondence and documentation that has escaped Soviet censorship to dispel many of the myths still fashionably surrounding the composer’s life and death.

Poznansky’s project is made clear from the outset: “This is not a study of Tchaikovsky’s music. This is a study of the man who wrote the music. It could be called the story of a soul finding itself”. The author hastens to provide a sensitive yet objective account of the composer”s life, saturated as it was with personal triumphs and despairs, before offering detailed evidence persuasively refuting the unfounded accusations of Tchaikovsky’s alleged suicide. After drinking a glass of unboiled water, the composer tragically contracted cholera and died from added complications on October 25, 1893.

Poznansky deserves much credit for his sensitive presentation of the hypersensitive young homosexual who believed he could curb his natural preference for young men by entering into what turned out to be a farcical marriage. Indeed, it was this marriage to Antonina Ivanovna Milyukova that led to a slip into despair and depression. However, despair can often be the greatest catalyst to creativity and this proved to be the case with Tchaikovsky. His desire to give an external expression to his inner despair enabled him to deflect any thoughts of seeking death as an escape: “I have not yet said everything I can and want to say before my time arrives to step over into eternity”, he was to claim.

During the years 1877 and 1878, Tchaikovsky suffered from severe depression due in large part to his suffocating marriage that he felt hindered his creativity and desire for solitude. He consequently fled Russia for Western Europe and sought solace in his travels, epitomising D.H. Lawrence”s later maxim: “When in doubt, move”. Such movement lifted Tchaikovsky out of the abyss of despair and highlighted his ability to transfer such suffering into a creative force. The result was his Fourth Symphony, dedicated to his “best friend” Mrs Nadezhda von Meck, who, despite never meeting the composer, provided him with regular financial assistance for thirteen years. The pervading theme of this symphony is the implacability of destiny, “that fateful force”, Tchaikovsky wrote, ” which impedes the impulse toward the happiness of reaching one’s goal, which jealously ensures that prosperity and peace are never complete and cloudless which hangs overhead like a sword of Damocles and steadily and continually poisons the soul. It is invincible and you will never overpower it. All that we can do is subject ourselves to it and vainly lament”.

Tchaikovsky maintained that his Fourth Symphony was a “musical confession”, serving as a “faithful echo” of the severe depression he had endured that winter. Yet, it remained only an echo; he stressed the impossibility of formulating in words his psychological turmoil. All that remained were “general recollections” and the “awesomeness” of the passions and emotions that he experienced. Yet, Tchaikovsky asked, was it not the purpose of a symphony “to express everything for which there are no words, but which surges out of the soul and demands expression?”

Despite its genesis in the depths of despair, with the first movement capturing the dominant and indestructible march of destiny, the symphony ends on a triumphant note. The fourth and final movement of the Symphony is one of hope, no longer expressing a mood of despair when confronted with the irreversibility of fate, but offering a means to live in spite of such ruthless forces of nature. Tchaikovsky wrote the following as a gloss to the fourth movement: “If you do not discover in yourself the motifs of joy, look at others. Go among the people. See how they are able to make merry, to give themselves up entirely to joyous feelings. Blame yourself, and do not say that everything in the world is sad. Joys there are, simple but powerful. Delight in the merriment of others. Life is still possible”. (17th Feb/1 March 1878). 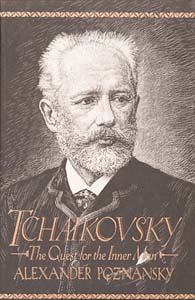 One is reminded here of Tchaikovsky’s great compatriot and contemporary, Leo Tolstoy, himself an admirer of the composer. In his Confession, begun a year after the completion of Tchaikovsky’s Fourth Symphony, Tolstoy also saw the only way to emerge out of the dark well of despair was to return to the simplicity of life provided by others. For Tolstoy as well as Tchaikovsky, this provided the hope that enabled life to continue. Indeed, shortly before the composition of the Fourth Symphony, Tolstoy had presented Tchaikovsky with his book The Cossacks in appreciation of the composer’s music.

The Symphony was written eight months after Tchaikovsky witnessed the “deathbed struggle” of his friend Nikolay Dmitrievich Kondratyev. This painful time, Tchaikovsky confessed to Mrs von Meck, had been “one of the darkest periods” of his life. “I feel a sort of weariness with life”, he continued, seemingly unable to take his own medicine and “delight in the merriment of others” at this time, “a sort a sad apathy, the feeling that I myself must die soon, and because of this nearness everything that I had held to be important and essential in my life now appears to me trivial, insignificant and utterly pointless.”

His obsession with the fear of death is expressed further in the first and last movements of his Sixth Symphony, given the name “Pathetique” by his brother Modest and claimed by Tchaikovsky to be his greatest love. The composer always maintained there to be a hidden program behind the work: “The programme will be an enigma to all ­ let them guess”, he wrote in a letter to his nephew Bob Davydov. However, it is clear that Death plays a central role, particularly in the intensely moving finale. Poznansky notes: “The composer felt incapable of overcoming his metaphysical angst in the face of eternal nothingness, a nothingness where everything he loved, everything he had all his life thought to be eternal, was inexorably threatened with dissolution. In the symphony’s finale, an unexpectedly mild adagio, the pathos of muted sobbings and wild outcries gradually dissolves into a silence that signifies nothingness. It is a poignantly subjective, artistic moment, charged with deep emotional force”. This finale, more than any other movement, served to fuel the destructive fire of opinion that Tchaikovsky was a tragic figure who took his own life.

Tchaikovsky’s symphonies, particularly the last three, consisted in the outpouring of his soul. He created largely as a matter of survival: “I literally cannot live without working”, he once wrote Grand Duke Konstantine. Despite his often-felt weariness of life due to his fear of death, both his own and his friends”, he still retained an “irresistible desire to strike up a new song”. As Posnanzky correctly notes: “Tchaikovsky had always sought to interpret though music the most fundamental questions of existence ­ the meaning of life, death, love, beauty”.

The composer once confided to Mrs von Meck that if it were not for music, he would go mad. It acted for him, albeit temporally, as an escape valve and pressure release enabling his anguish, joys and fears to escape before they consumed him. Let us end with Tchaikovsky’s own philosophical finale. Only music, he claimed “clarifies, reconciles, and consoles. But it is not a straw just barely clutched at. It is a faithful friend, protector, and comforter, and for its sake alone, life in this world is worth living. Who knows, perhaps in heaven there will be no music. So let us live on the earth while we still have life!”