Will Self is the man who brought a whole new meaning to the phrase “mile high club”. Unless you were in a apathy-induced coma during the run-up to the general election, (or living in another country), you can’t have failed to have seen Self’s face plastered over the front page of every newspaper thanks to the fact that he snorted heroin on John Major’s election jet. Self was promptly sacked from his position at The Observer, was refused to be allowed anywhere near Tony Blair and became the subject of frothing tabloid editorials for days afterwards. (For those of you who want to know more, check out LM’s report).

This episode ties in neatly with Self’s already well-honed media persona – a former heroin addict, enfant terrible of the London literary scene, the English successor to American Gonzo journalist Hunter S. Thompson, as well as being an acclaimed novelist obsessed with sexual perversity, gratuitous violence and lashings of Class A drugs, author of such works as My Idea Of Fun and The Sweet Smell Of Psychosis. It’s easy to see why Self got the coverage he did: his CV is copy which virtually writes itself. 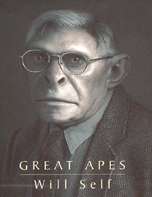 However, being catapulted from cult fame to tabloid shame is not something Self either desired or required. While it may lend an extra edge to the publication of his new novel Great Apes, there’s no room for accusations of the election jet episode being a calculated publicity stunt; with two children to support and a third on the way, chucking away a £40,000 a year job in the hope of a few more book sales is not an option. However much the press want Self to be the new King Of Gonzo, he’s not accepting the coke-encrusted crown. Self took the heroin because he needed it, like a diabetic needs insulin. It was for medicinal rather than media purposes.

Talking on the eve of the general election which saw a Labour landslide, Self confesses to being “pretty depressed about losing my job – I have a very strong work ethic and journalism gives me a hit of being a working joe. It’s a good way for me to feel ordinary – you get up and engage with the world, you work with people. Unfortunately, I’ve had that rather taken out of my hands,” he says, referring obliquely to recent events. “There is a temptation after something like this to say “Well, fuck you, you fuckers” and to keep churning it out.”

Self’s need to remain a working journalist stems from the intensity of his fictional writing; like his two great influences William Burroughs and JG Ballard, it involves immersing himself within a completely self-constructed world. “It doesn’t matter how committed you are to your fictional work, it really does do strange things to your head if you’re just concentrating on fiction,” Self maintains. “Ultimately it makes people very arrogant even if they are successful at it because it’s so divorced from the real world. It fills your head in that way – you’re sitting there thinking ‘How do I resolve a plot problem and thematically embrace all of western culture’, and someone else is talking about how they couldn’t get the widget off the production line that morning. You can’t link those two worlds.”

It’s Self’s acute connection to reality that allows him to parody it so mercilessly in his writing. Great Apes functions on the premise that its protagonist Simon Dykes awakes one morning to find the world has irretrievably changed; everyone, from his girlfriend to his psychiatrist, has transmogrified into a chimpanzee. Unsurprisingly, Dykes goes humanshit (groan) and Self follows through the ramifications of his story with masterful chimpunity (groan again). Self squarely classifies himself as a satirist, feeding off the tradition of Jonathan Swift – who he considers “the satirist’s Shakespeare” – and the Enlightenment’s fascination with the arrival of the first chimpanzees in Europe in 1699.

“People understood intuitively at that point that to have an animal that was close to human but not human threw into turmoil a whole set of categories about cosmology and the Chain of Being,” he explains. “Swift was the first of a long line of satirists in the eighteenth century to have ape fantasies and construct ape worlds; there’s a Dutch version of it, a German version – it became a very enduring theme. So I’m not so much writing in the tradition of Swift as standing this long tradition of ape fantasies on its head.” 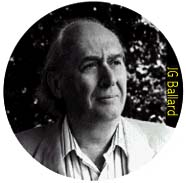 Self’s self-awareness of his own intellectual history and the writers to who have shaped his own work has been intensified by his dual role as both novelist and journalist, putting him in the strange position of regularly coming face to face with his own literary heroes. But he’s ambivalent about the value of such encounters: “Without being blasé it’s not something that appeals to me particularly. I went to interview Ballard for a 1000 word piece for the Standard and wound up talking to him for 4 hours. I really admire his work and had the fantastic, incredible bonus of finding out that he really liked my work too. But that was that. I don’t think we felt the need to meet each other ever again for the rest of our lives, although Ballard said, ‘If people like you had been around in the 60s, I would have got out more, but now it’s too late!’ which I thought was sweet. 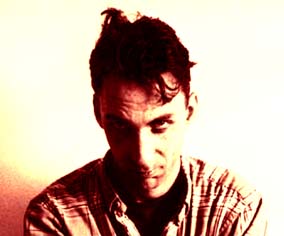 “There’s not a lot of point in chasing these personalities,” Self continues, “because what you really love about them is their work – in your teens, when you really are taken by books. Milan Kundera says books are like love affairs and you’ve only got space for about eight major love affairs in your life. I think you’re not likely to be disappointed when you meet your heroes but, by the same token, it’s unlikely to be a great experience.” 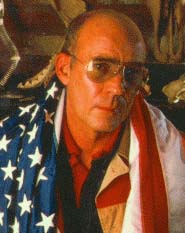 Even so, Self concedes that his being commissioned to interview Hunter S. Thompson would probably produce interesting results, and there is still a glimmer of excitement to his voice when he mentions that he might be visiting Burroughs later in the year, having finally received a personal invitation to the author’s home in Lawrence, Kansas. “I’m going to try and go over in August, if he’s still alive. I was quite upset when Ginsberg died. I don’t want to be disrespectful of the dead – mind you, Allen probably thinks he’s still alive – but I was never a great fan of his poetry. But the Beat movement are who I grew up reading about, reading about their lives quite intensively. So it was quite weird hearing he’d died.”

One writer with whom Self does regularly associate is Martin Amis, possibly England’s most celebrated living novelist. Self ‘s attempt at an interview with Amis (reproduced in Junk Mail) turned into something nearer to an open discussion of each other’s work as writers both documenting the state of England at the close of the century. With Amis having already passed through the unasked for role of enfant terrible that Self is now encountering, there is something to the idea that Amis has mapped out some of the territory that Self is now exploring. 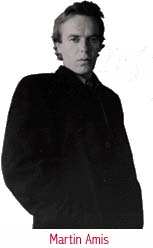 “I was thinking about Martin last night,” admits Self, “about the way that our careers run quite parallel in some ways. Money was published in 1984, when Martin was the same age that I am now, maybe a bit younger – and that was his breakthrough novel in a way. He’s always seemed to me to be a writer who’s much more interested in writing than I am . Although my actual prose is heavily larded with intertextual references, I’m somebody who writes without being concerned with the internal mechanics of writing per se – I want to write about philosophy or anthropology or animals, I’m more interested in aiming out and I guess that’s reflected in my journalism.

Martin on the other hand is a bit more weighty and serious and academic than I would wish to be or could ever be. As regards mixing the mandarin and the demotic, I think there is a similiarity between our work, but I think Martin has a slightly embattled view of the Great Unwashed which I don’t really tend to have. I don’t think I’m speaking out of turn here but they’re a scary presence in Martin’s books and I don’t feel they are in mine.”

So does Self feel like he’s a particularly English writer? “I feel more like a English Novelist than I did a few years ago.” he states. “Because I’m half American, when I started publishing I felt more on the cusp, an internationalist. I write with a lot of specific cultural references. Politically and culturally I regard myself as European, but Europe is influenced by America. I align myself with the utopian socialist libertarian tradition of English thought. I am fiercely anti-establishment – ” Self pauses and then wryly adds, “as you no doubt know. I regard myself as culturally English but politically completely disaffected.”

It’s this disaffection that leads Self to wield satire as a scalpel against contemporary politics, just as Swift did. Asked what’ll he’ll be doing on election night, his tone of voice becomes distinctly ominous: “There are no words to describe my contempt for Tony Blair and what he represents,” he blasts. “Obviously, my personal travails have made things a lot lot worse, but even before all of this shit started happening, I was incandescent with anger about what was happening in the election. I’ve even been considering voting Tory – that’s how mad I am., just so when things start fucking up in a year or two I can turn to people when they’re drunk and say, “Yes, I voted Conservative” and watch their faces crumple up.” Self pauses and then grins. “There are a lot of good parties on in town and I think I might just go out and get rat-arsed.”