Think of alternative rock in the 1970s and we immediately think of The Ramones, Talking Heads, Television as the major musical forces in those heady times. An under-rated band of that much pillaged and productive scene were underground rockers Pere Ubu – subterranean innovators of the new-wave/post-punk elementary division.

Along with new-wave band Devo, Pere Ubu had thrashed on the fringes of Cleveland, Ohio’s music circuit for a few years in the guise of Rocket From The Tombs. Lead singer David Thomas had formed RFTT in 1974 with guitarist Peter Laughner, who died of acute pancreatitis or the plain ravages of rock & roll in 1977. After a few years of finely tutoring their school of garage nihilism via Stooges covers, RFTT had distanced themselves from the usual industry career path. With the addition of bass player Tom Herman, drummer Scott Krauss and keyboardist Allen Ravenstine, RFTT metamorphosised into Pere Ubu.

Something sets Pere Ubu apart from other bands. For a start how many bands name themselves after a character created by 19th century French playwright Alfred Jarry? How many bands before them insisted on having no group photos on their record sleeves? And however unshocking, an early Rocket From The Tombs tune mouthed the word ‘cunt’ on ‘Ain’t It Fun’. Not many bands did that in 1974. But it’s something other that sets Pere Ubu apart; something alien, almost dangerous, ironic and fascinating that lurks within their out-of-shape yet tight as metal song structures; those purely dynamic slabs of fury that present apocalyptic landscapes, stellar production and emotions of insanity that burn your ears out. They dealt in human extremes but were never unlistenable. Singles ’30 Seconds Over Tokyo’ (1975) and ‘Final Solution’ (1976) are songs years ahead of their time with an inventive attitude that current heavyweights like Radiohead and Franz Ferdinand have just about caught up with a quarter of a century later. First album The Modern Dance (1978) now stands as a landmark album in that the dubby, droned out bass-lines and off-kilter sounds were unlike anything hitherto produced. (Well, except perhaps Captain Beefheart.)

An opening song being called ‘Nonalignment Pact’, and, as Julian Cope described it, “a classic ‘girl’ song with the most Stooged-out riff”, just says it all. Thomas’s voice could shriek and whisper, the bursting guitars sounded like M16 gunfire and the cover looked like utopian propaganda created in Lenin’s Russia. Follow up album, the just as inventive Dub Housing (1978), loosened up the extremes, slowed down the delivery; but equally sounded as though recorded between Cleveland’s skidrow and the volcanoes of Java and is widely regarded as their masterpiece. They continued in the following decades to release challenging records, all soaked in that American underground experience that makes them a great, almost undiscovered band and a perfect medicine against the corporate crap of mainstream music. 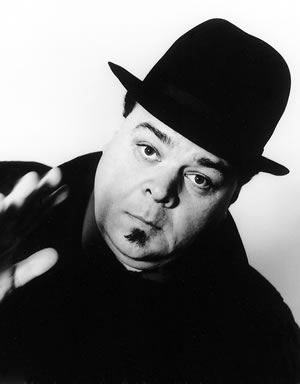 David Thomas is still lead singer in Pere Ubu, and in recent times he’s additionally created three albums and plays live with a band he calls David Thomas and Two Pale Boys. Still crossing boundaries and staying true to his art with the stance that originally set the band apart, I managed to ask him a few questions that I’ve always wanted to find answers for. Important things, trivial things. Here’s what I found out about his work, his attitude and other stimulating or meaningless details.

I’ve been reading the Pere Ubu manifesto which I find interesting. Things like “Don’t seek success”. What’s the idea behind messages like that?

We have always concentrated on making good music. If you make good music people will search you out. Maybe not lots of them. But some. As well we have always been laissez-faire perfectionists. Seeking success distracts from the principal function of a musical group. It offers up temptations to deviate from a proper course. I have nothing against “success” – I love the process of the market in fact – but not at the cost of vision.

You’re playing in London with members of Sun Ra Arkestra and Wayne Kramer. What’s your involvement with the event?

Wayne is a friend and played a show as a member of Pere Ubu a few years ago. I suppose he is “repaying” the compliment. He asked me to guest with the MC5 and Arkestra. I am doing “Starship”. It’s a great honour and I am excited to do it.

Why the transition from Rocket From The Tombs to Pere Ubu?

Because RFTT flew apart and I had ideas I wanted to pursue.

When I hear 60s garage hits, I hear some kinda semblance of the Ubu -style. What U.S. punk bands of the 60s were you inspired by?

We were always into the American garage punk of the 60s. You have to remember we grew up listening to all that stuff on the radio. That was what was on the radio. All that stuff was hits. Very big influence on Pere Ubu along with Velvets, Stooges and MC5. Our first engineer and father of our current engineer, Ken Hamann, was the engineer for songs like Nobody But Me, Time Won’t Let Me, Green Tambourine, all the early Terry Knight stuff, Bloodrock, James Gang, etc.

Any British bands that have had a profound effect upon you?

Profound? Probably not. Richard Thompson was a big influence on the early 70s scene as were Soft Machine, Pink Floyd (early), Incredible String Band. Some guys were really into Kinks and Pretty Things. Eno, of course. Kevin Ayres. John Cale.

The track ’30 Seconds Over Tokyo’ seems prophetic in its resonance. What were you trying to express in that song?

It was a dramatic story of heroism and a book that EVERY school boy read – Doolittle’s suicide raid on Tokyo in 1942 just 2 months after Pearl Harbor. A good choice for our cinematic approach. Brief synopsis. US needed to strike a propaganda blow against Japan right after Pearl Harbor and to suggest to Japanese leaders that they were not safe from retribution. Stripped down a flight of B-25s of everything but a few bombs and launched them off a carrier which they’d never be able to return to (fuel) or land on (size). The plan was to drop bombs on Tokyo harbour sites and crash land in China if they could make it, and then somehow get back to America from the other side of the world. Most died.

It must take a lot of balls to sing in such unique style. Where has it all come from?

It comes from not having a good voice, being tone-deaf and not knowing what I was supposed to do. I became the singer because the guitar I bought in order to become the guitarist hurt my fingers. So I decided to be the singer. I had NEVER sung and I couldn’t hit any notes– I really am tone-deaf. So I had to figure it out. What I figured out was that music also existed as a spatial and temporal complex so I worked out how to use those elements to communicate a story in a musical way that had a semblance of melody. I create a phrasing that makes use of those elements, engages the instrumental elements, and it all somehow comes out okay. At least after a couple initial years of trial and error. That was part of my frustration of singing in RFTT– I didn’t know how to handle not being able to hear myself. Also in RFTT I sang other people’s songs which I didn’t really understand so I didn’t know how to construct them according to my methods and I knew I sounded bad. As well I have no method to remember what I sing, i.e. a melody. That’s why every time I sing a song it varies to a greater or lesser extent. That’s why I mostly only do material I write with musicians I know. 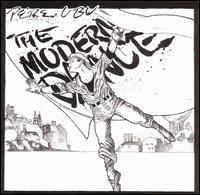 The artwork you’ve used on record sleeves is a fantastic portfolio. What’s behind that?

Almost all our artwork has been designed by my best friend, John Thompson. A lot of the pictures were by Mik Meilon – friend from the Plaza. I discuss some ideas with John and give him the title. He comes up with an idea and we bounce it around a little. The idea was to do artwork that was more than a self-aggrandizing ego thing– note we never put our pictures on the albums except for ‘Tenement Year’ which we only did because we had never done it. We break even our own rules. The artwork needs to set a mood that cooperates with the intentions of the music.

What new records do you have in the pipeline?

About to start writing a new Ubu. Writing with Cheetah for possible RFTT album. Working on a 2 Pale Boys live album. Compiling Director’s Cut editions of RGS and PA. More movie soundtracks for ICFOS and X, The Man With X-Ray Eyes. Compiling 18 Monkeys – The Film soundtrack.

Any final nuggets of wisdom that you’d like to offer?

All the greats have an edge, a certain intelligence and David Thomas seems to be one your more cerebral rock&roll musicians; so you can get away with asking questions like that. And the line ‘If you make good music people will search you out’, seems to be more than enough wise advice that you usually hear from your average rocker. Ubu fit into that cult category of being a band that made people want form their own bands. They were dangerous. Scuzzed out. Angular. Violent. Everybody in a rock band should listen to them. All the best ones already do. Any UK gigs would sell out in instant, although no future dates are confirmed; but with an Ubu record in the making, the live experience is on some distant horizon. The meantime can offer the opportunity to look for new bands that dare stretch those anarchic, outward boundaries set by Pere Ubu.