The days of travel writing being produced by someone wearing a pith helmet and clutching a pink gin are thankfully over. The new generation of travel writers are increasingly venturing into uncharted territories, as Melanie McGrath’s new book Hard, Soft And Wet demonstrates. No, it’s not a book about the joys of cybersex; the title refers to those increasingly ubiquitous terms hardware, software and wetware. Subtitled “In Search Of The Digital Generation”, Hard Soft And Wet sees McGrath travelling through both real and virtual worlds to find out if technology really is levelling the cultural distinctions between country borders – whether, in fact, there is the emergence of a worldwide culture through technology. “Everyone was saying that the younger generation is an almost exact fit with the digital generation,” explains McGrath, “that it’s a youth/lifestyle thing and that that generation all over the world is into snowboarding and the net – it just didn’t sound plausible to me.”

Even though she’s under 35, McGrath keenly feels the generational gap which is made obvious by technology: “The thing is that for people of my generation cyberspace is a novelty, whereas for the generation below me it’s invisible; it’s invisible as the television is to us or the radio is to our parents. So I thought it would be a great idea to write a portrait of the Digital Generation because they were being largely ignored in this great mushroom cloud of hyperbole.” 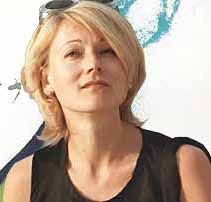 By turns amused, confused and bemused, McGrath found herself moving between slick microserfs in San Francisco’s Silicon Valley, teenage London techno prodigies, the e’d-up masses of Tribal Gathering, poverty-stricken Moscow hackers, sanitised net access cybercafes in Singapore and numerous other disparate manifestations of technology around the globe. While in Iceland, she even encountered Einar, former annoying lead ranter with The Sugarcubes turned local internet supremo, who claimed “All kids want from the net is hash, tits and UFOs.”

McGrath found evidence to the contrary. “I became convinced that there is no such thing as global technoculture and if such as a thing as a global village exists, it’s only in an economic and commercial sense, not a cultural one. Internet culture informs and enriches the local culture but it doesn’t really change it in any manifest way. To give a concrete example, in Prague the net came to people as an organ of political propaganda and was instrumental in the Velvet Revolution so people there see it mainly as a political tool. In Singapore, it’s used solely for business. There’s no discussions of virtual communities or even playing network Doom. No-one’s interested in that. In Russia there’s something else again going on. Because so few people have access to computers due to the expense, and because the communications network is so poor, being on the net is a real status symbol, and a symbol of Russia’s new connectivity, its new modernity and throwing away the old Russia. So wherever you go, the net is present but different. 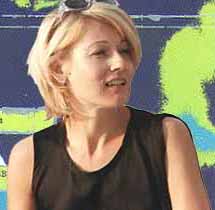 I didn’t even find any agreement amongst any generation about what the net was actually for,” continues McGrath, “or computers or digital technology generally. It tended to be for whatever the local community valued. There will be no single, consistent future predicated on technology – there’ll be a ton of futures and in a globalising economy, that to me was a very cheerful thought. McDonalds may have our stomachs, but the net isn’t going to have our brains.”

However, unlike John Seabrook’s onmouseover=”window.status=’Spike dissects the Seabrook version of the Internet’; return true”>Deeper, McGrath’s book isn’t some portentous and pretentious attempt to predict the future of the net. Indeed, she’s uncomfortable with the idea that Hard, Soft And Wet might be considered a journalistic account of cyberspace. It’s precisely this reluctance to jump on the cyber-journalism bandwagon which makes Hard, Soft And Wet so refreshing to read, because it continually re-emphasises why people all over the world have gone online – to communicate. Instead of propounding abstract theories about the internet’s destiny, McGrath describes real people and their impact on her, whether in the flesh or via fibre optic cable. This extends to revealing how she fell in love online, progressing from email to encounters in the real world. By writing about how her own life becomes inextricably entangled with her subject matter, McGrath stops being the usual travel journalist spectator and writes from within her own subject. It’s a peculiar comparison to make, but it this sense Hard, Soft And Wet seems like a latter day echo of Hunter S. Thompson’s Gonzo creed, even if McGrath is more fuelled by nicotine than narcotics.

Equally, McGrath does not employ the fake bonhomie writing style so redolent of most travel writers, like Bill Bryson or Redmond O’Hanlon. Hard, Soft And Wet traces the moments of despair as well as elation experienced during her travels across the globe, which makes her writing seem all the more honest. It’s a technique she also used in her first, critically acclaimed book Motel Nirvana , which described her encounters with New Age cults as she travelled across America. By describing the extremities of emotion that travelling induces, her style is rough-edged and produces the occasional jolt, almost as if the reader was privy to McGrath’s diary.

For her part, McGrath considers her book “a snapshot of what’s happening all over the globe, without a particular thesis or prognosis attached to it. Whatever effect the digital revolution is having on our culture, we won’t know for 10, 20, 50 years. I haven’t got a clue what will happen in the future and I think anyone who claims that they do has got a career to make.” In avoiding writing her book with an agenda, it seems probable that future generations will be reading Hard, Soft And Wet long after the likes of John Seabrook’s Deeper have been forgotten.